By David Rogers. WEST JEFFERSON, N.C. — It was windy outside, but there was a torrential downpour inside the Ashe County gym on Jan. 20, as the Huskies’ women’s basketball team faced Watauga. Nope, there was no leaks in the ceiling. It was raining 3-point shots at the hands of the visiting Pioneers.

Bonus photos at bottom of article

The Pioneers leveraged a whopping nine made baskets from behind the 3-point arc in the opening half, including six of them in the second quarter, on their way to a dominant, 57-45 win over the host Huskies.

After struggling to a slim, 9-8 advantage in the first period, Watauga exploded for 29 points in the second quarter and took a 38-16 lead into the locker room at the break. The scoring was widespread, up and down the roster. Just about any Pioneer willing to take a shot was making a basket in the first half, led by Charlotte Torgerson (9 points in the half), Kate Sears (9), Brooke Scheffler (7), Laurel Kiker (6), and Kaitlyn Darner (5).

The Pioneers cooled off in the second half, only adding 19 more points while Ashe County closed the deficit with 29 points over the same time period, but the Huskies’ rally was simply too little, too late.

Ashe County’s second half production was led by Lexie Dawson and Abigail Jones, each with 9 points scored after halftime, while Paige Overcash contributed another 7 points.

Watauga head coach Laura Barry acknowledged after the game that it was a special night for her team, on both ends of the court.

“Ashe County started out making some good shots around the rim and then went cold. I credit our continual contesting as well as our rebounding each first missed shot very well. So we played really good defense and then, on the other end, we shot the crap out of the ball. We looked good in transition, as well as in half court. We did well in the first quarter but caught fire in the second,” said Barry.

Barry noted that the second half was a much closer contest and more in line with how the teams played in the late December, High Country Holiday Classic championship game.

“What you saw in the first half was a really good shooting performance that let us pull away. At halftime, we talked in the locker room about the need to win the third quarter, knowing who Ashe County is and what they are capable of. I thought they did a really good job picking their lanes and selecting their shots in the second half. They really closed the big gap,” said Barry.

With the win, the Pioneers are 14-5 overall on the season, 4-1 in Northwestern Conference play. Ashe County is 12-5 overall, 3-2 in conference. Watauga and Hibriten are tied atop the conference standings, both at 4-1, with Ashe County tied with Alexander Central for third place. Hibriten’s only loss came at the hands of Alexander Central.  And Watauga’s only conference loss was to Hibriten, a 48-45 decision on Jan. 12.

The Pioneers start the second round of conference games next, including a matchup at home against South Caldwell on Jan. 27, then another home came on Jan. 31 vs. Alexander Central before a rematch tilt with Hibriten in Lenoir on Feb. 3. 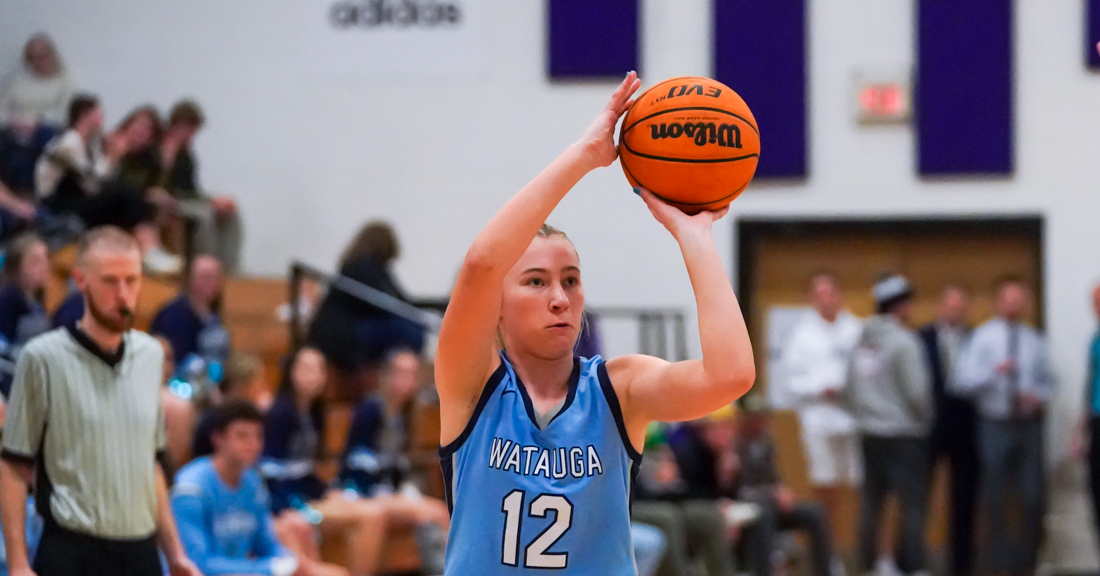 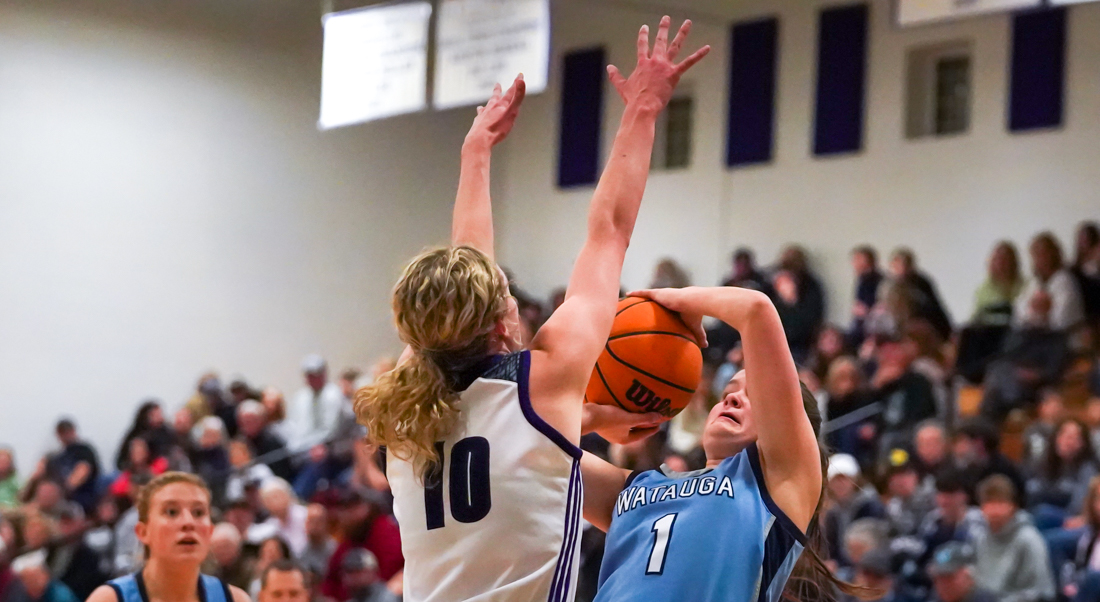 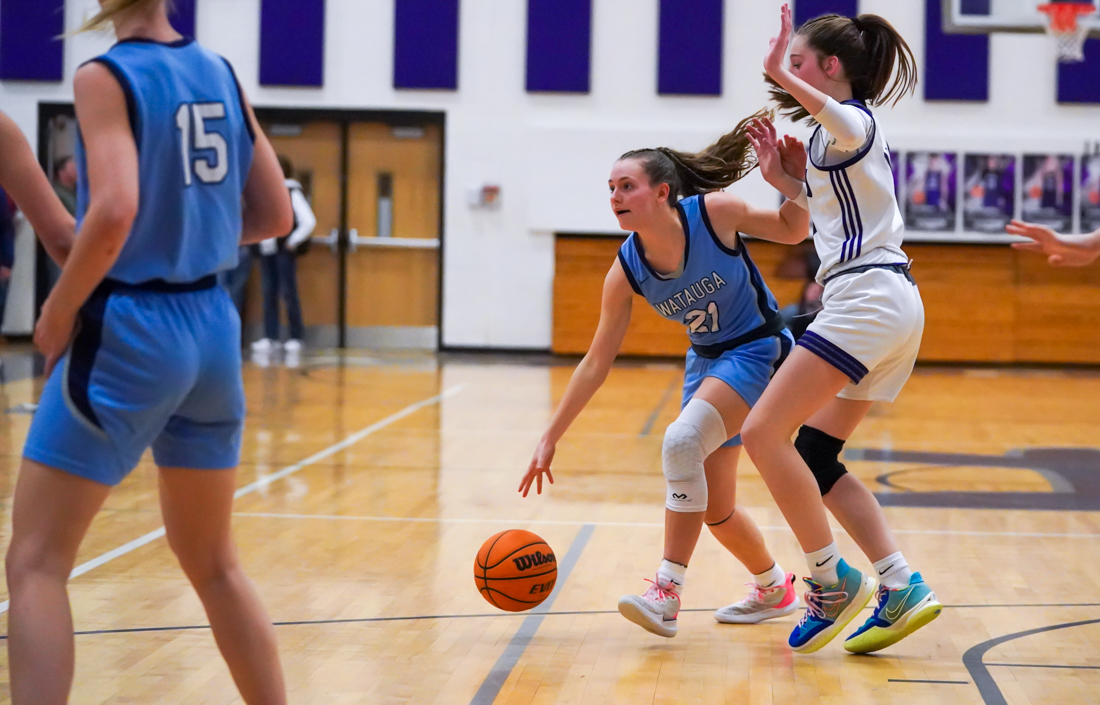 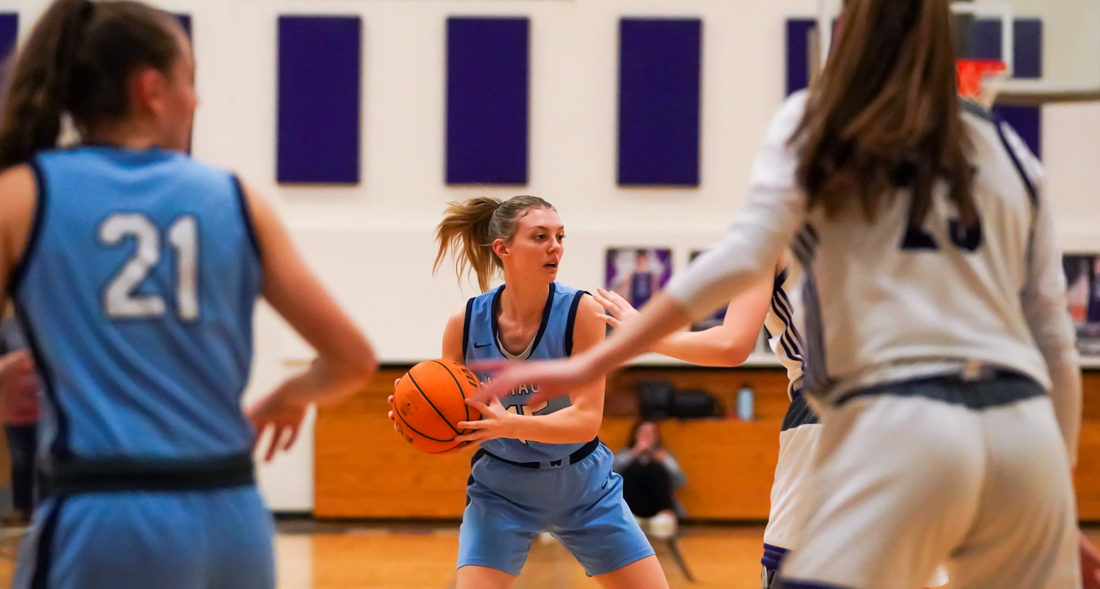 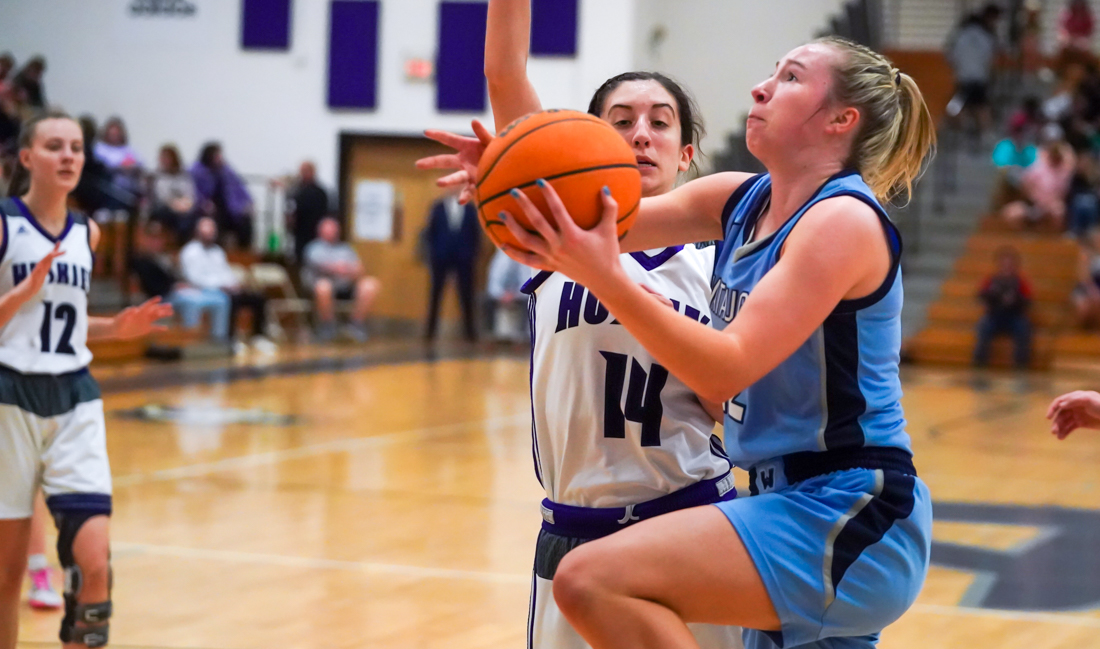 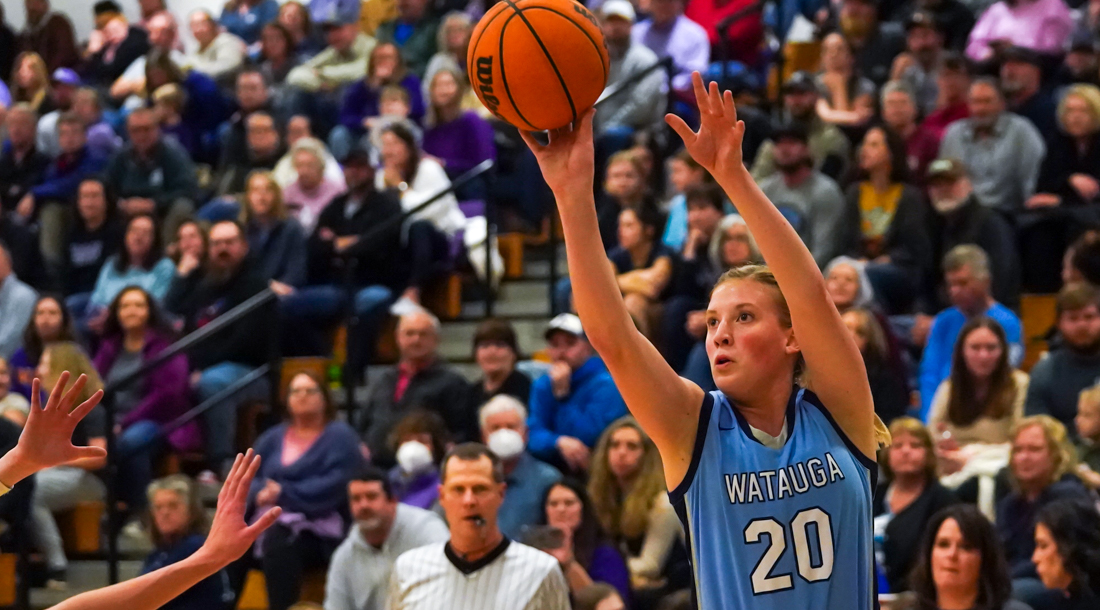 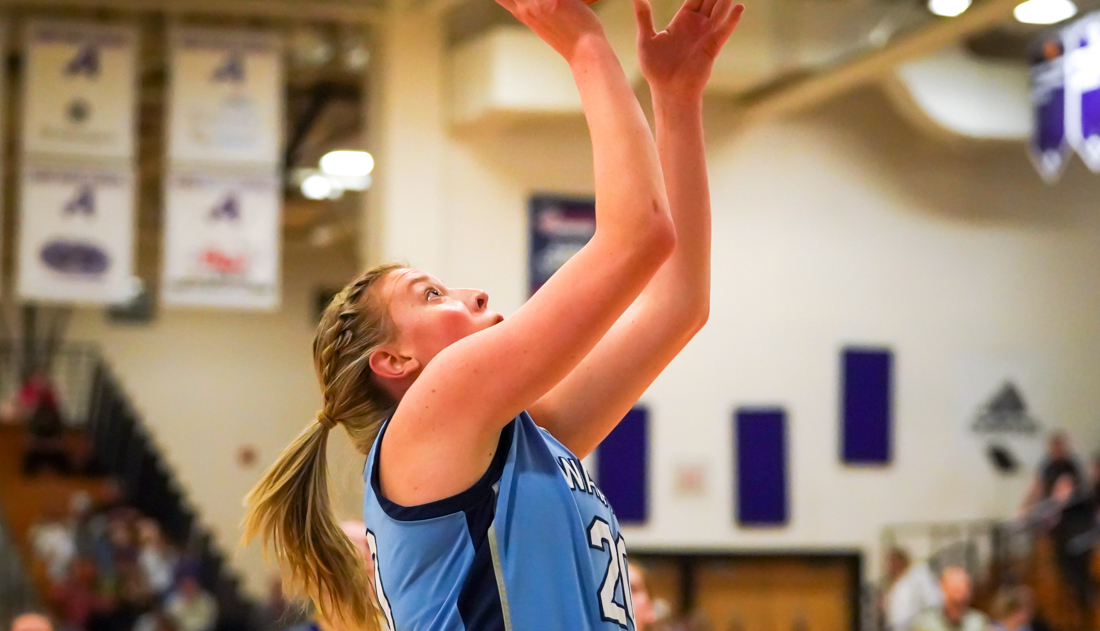 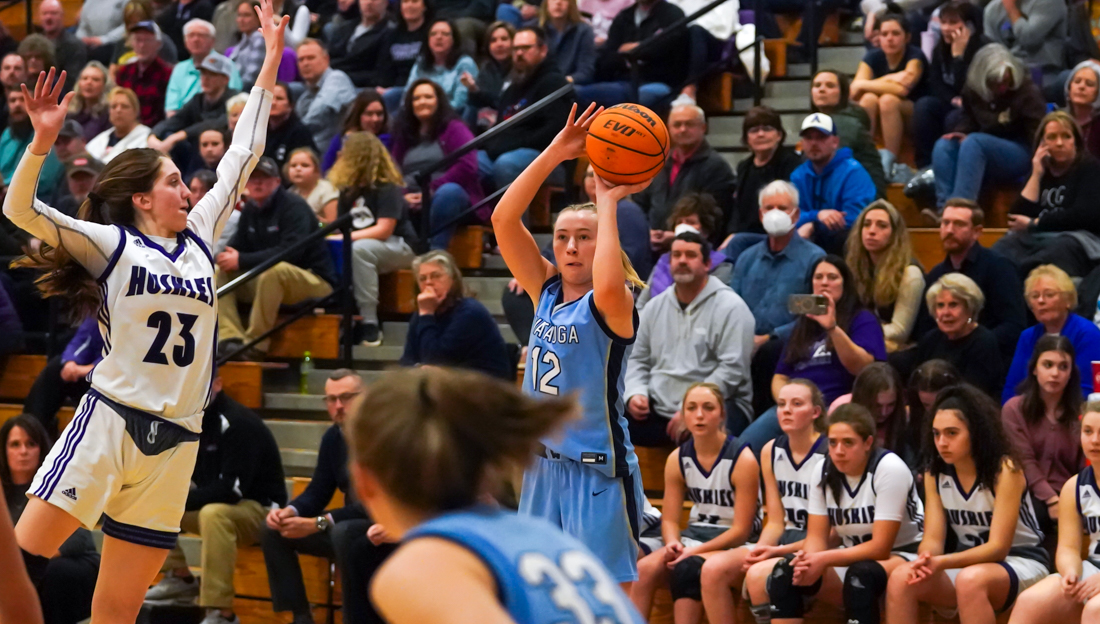