Sky Hookers cook The Grillaz, 80-31, to advance in post-season tourney

By David Rogers. BOONE, N.C. — Whether a bunch of older fellas hellbent on reliving the glory days of their youth or workaday dudes getting some exercise, the Watauga Community Recreation Center’s adult basketball league is about guys having fun, playing the game they love.

For the first game of the “play in” round of the championship tournament on Dec. 14, The Sky Hookers took on The Grillers. And don’t confuse the Sky Hookers as some kind of flight attendant escort service. No, these guys are basketball players.

Sweat poured down the furrowed brow of former Watauga High School star point guard Caleb Bryson as he dribbled at the top of the key, calculating his options. In a blink of an eye, he was driving down the lane toward the basket, drawing in defenders, then passed the ball out to an open teammate, Jordan Cameron, on the perimeter. Cameron calmly put up a 3-point attempt, the ball arching toward the basket — to find nothing but net. For Bryson, it was just like old times in Lentz Eggers Gym. No Utah Jones, T.J Poulos or Bryant Greene, but Jordan Cameron or another Sky Hookers teammate was there. If Bryson is not scoring himself, he is setting up a teammate.

Also a former Pioneer, Seth Moore of the Sky Hookers towers above most of the other players, the envy of short guys everywhere who wish they were at least a little taller while playing basketball. Watching Moore pull down a rebound while standing head and shoulders above the crowd seems almost unfair, reminiscent of Charles Barkley in the Capital One ad on TV. “Pick me first,” he tells the grammar school age boys and girls choosing up sides. Then Moore’s immediate outlet pass to Bryson in transition takes appreciation for the way this game is being played to another level. It was Moore, not Dobbins, Ebaugh, or Lambert from whom Bryson was receiving the pass. The fast break result was all the same, challenging The Grillers to keep up.

These guys play hard. These guys have played good basketball before. These guys know what they are doing. Any childhood thoughts about playing in the NBA one day have long since evaporated from their cranial tissues, but playing “like Mike”  or emulating Steph Curry still lives in their youthful souls.

Hearing large adult bodies periodically slam to the floor with a thud, followed by the inevitable adult grown or grimace… well, it prompts the onlooker to hope that WCRC has an insurance policy against damage to their glistening hardwood floor. That wasn’t an earthquake making the chandeliers rattle all the way in the front lobby. That was one of the guys wishing he was a little more supple and resilient, taking a nosedive to the floor after being fouled as he drove to the basket.

Holly Gates, the WCRC coordinator for the adult league explained that the regular season had just ended for the 14 teams. “We started with round robin pools,” she said, “and ended up with a top seven and a bottom seven. They will basically be playing in two separate tournaments at the same time, now.”

Bryson scored a little more than a third of the Sky Hookers’ points in his team’s 80-31 victory. But it didn’t seem like it because he was constantly distributing the ball to another player. The objective, he said, is not to be the individual that scores the most points. The objective is for the team to win, however that is accomplished.

On one occasion in the first half, the former Watauga star apologized to a teammate. In driving to the basket, Bryson had a good open look but, instead of taking the shot, he passed the ball to a teammate running down the lane toward the basket. Unfortunately, the teammate was in traffic and a Grillers player was able to poach the ball for a steal and what amounted to a Bryson turnover. “I’m sorry,” he said to the teammate. “I should have put it up.”

Credit to The Grillers. They were outmatched on this night, thumped by 49 points. And yet, just like the Sky Hookers they played hard all the way to the final tick of the game clock. It would have been easy to coast as their deficit reached 20 points, then 30 points, then 40 points… But they didn’t. They wanted to play basketball, too. And play they did. 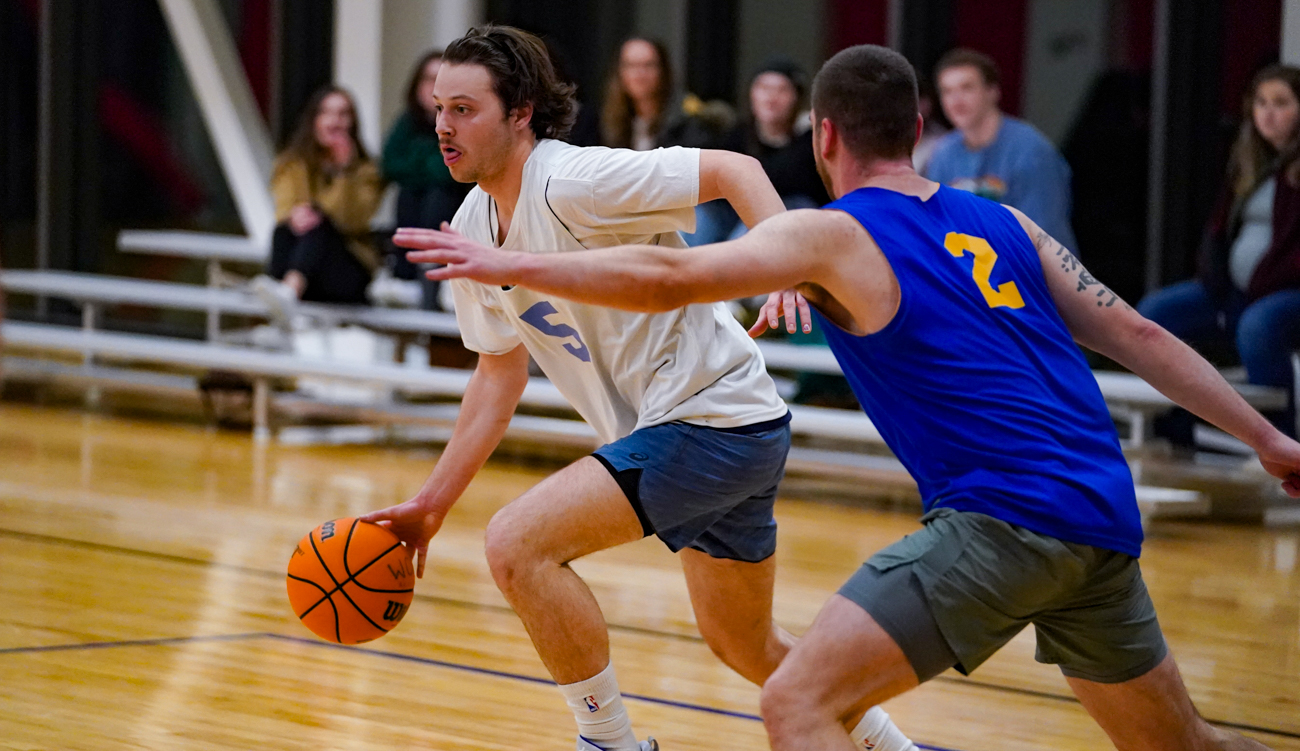 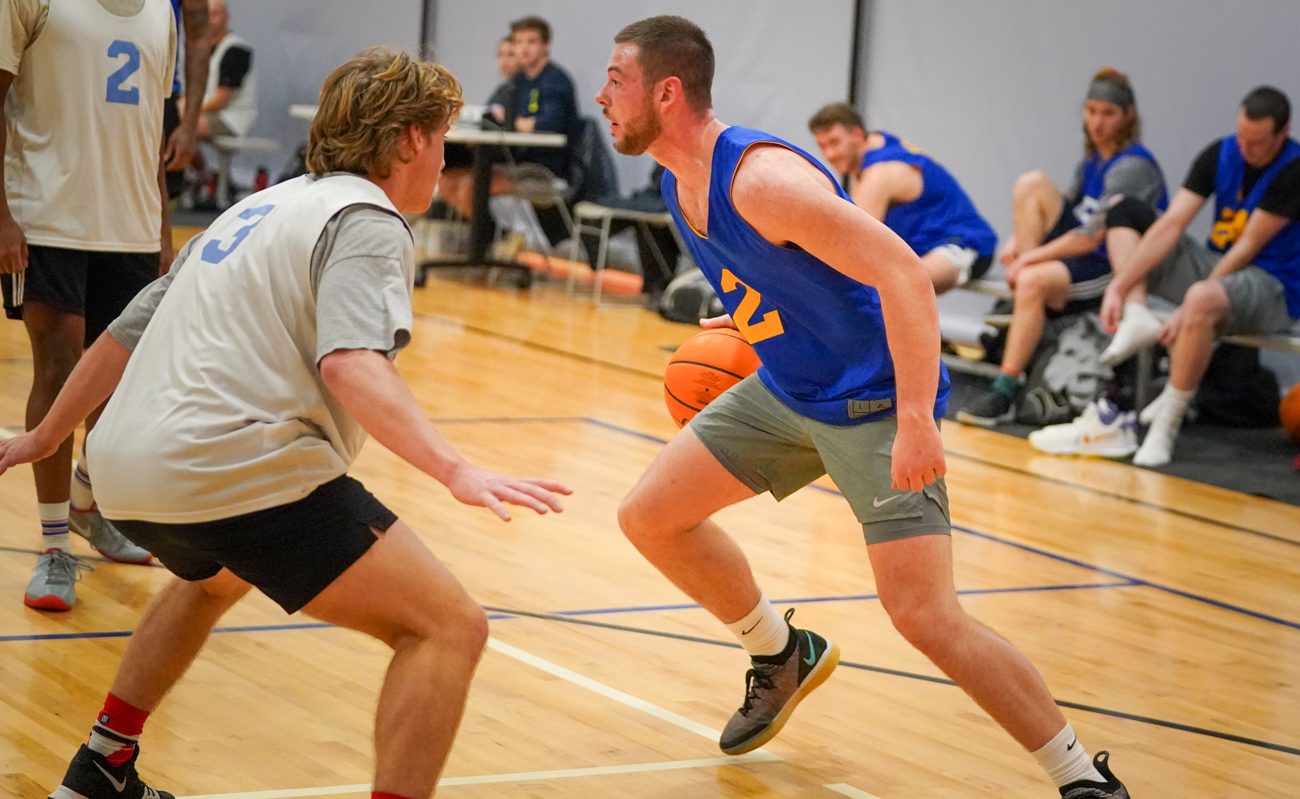 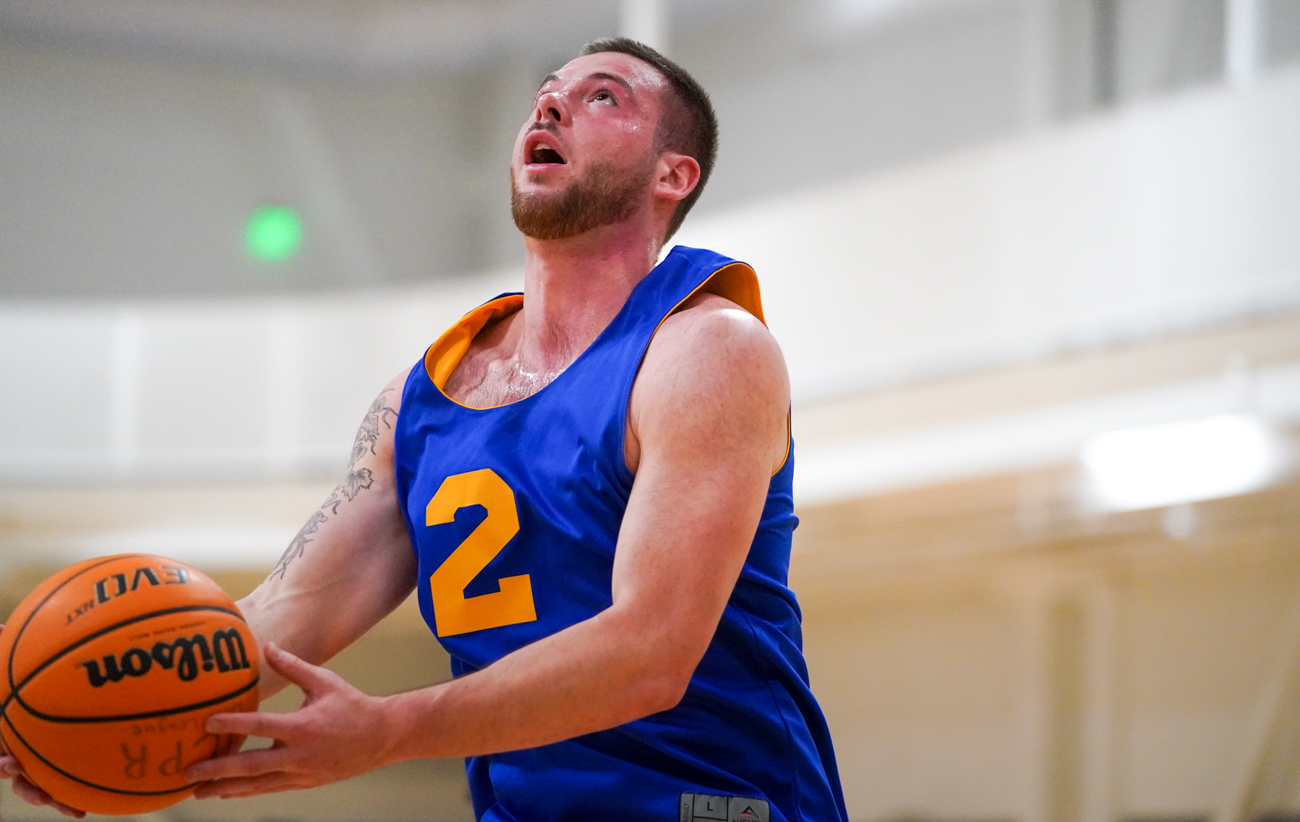 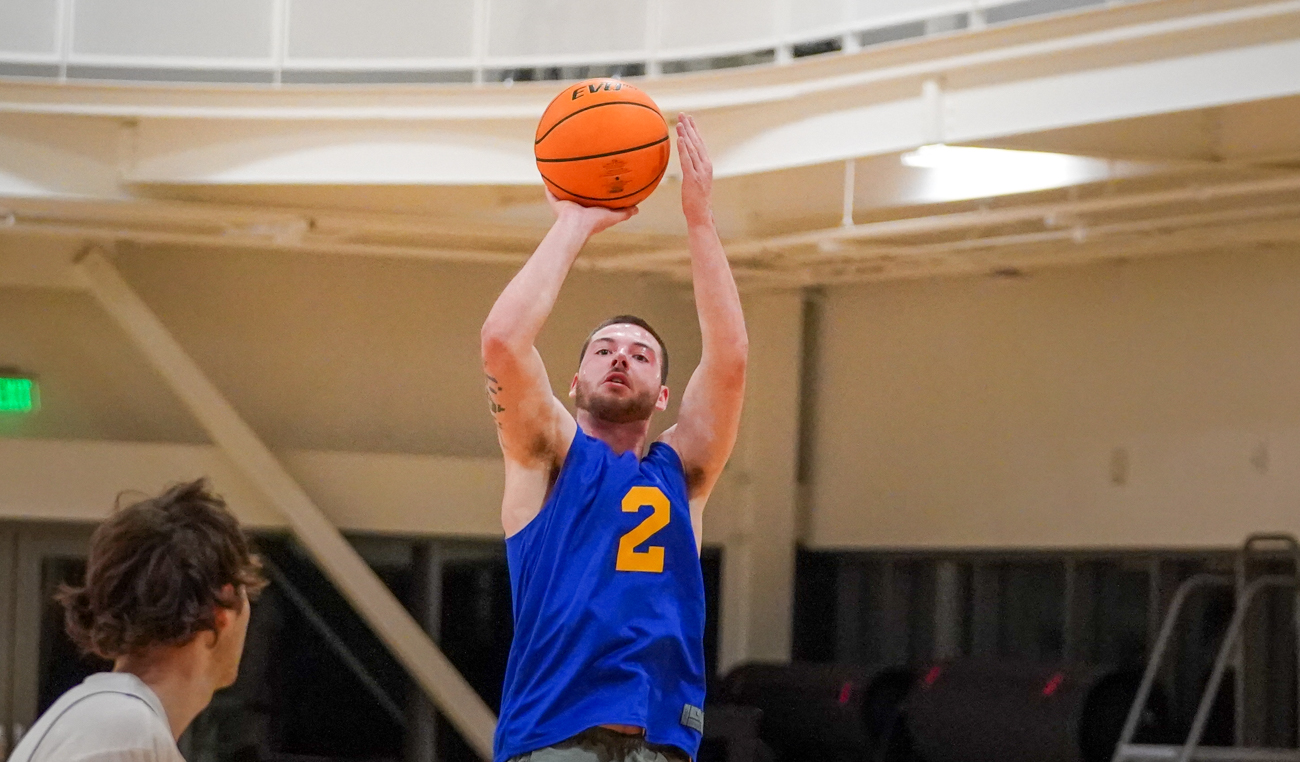 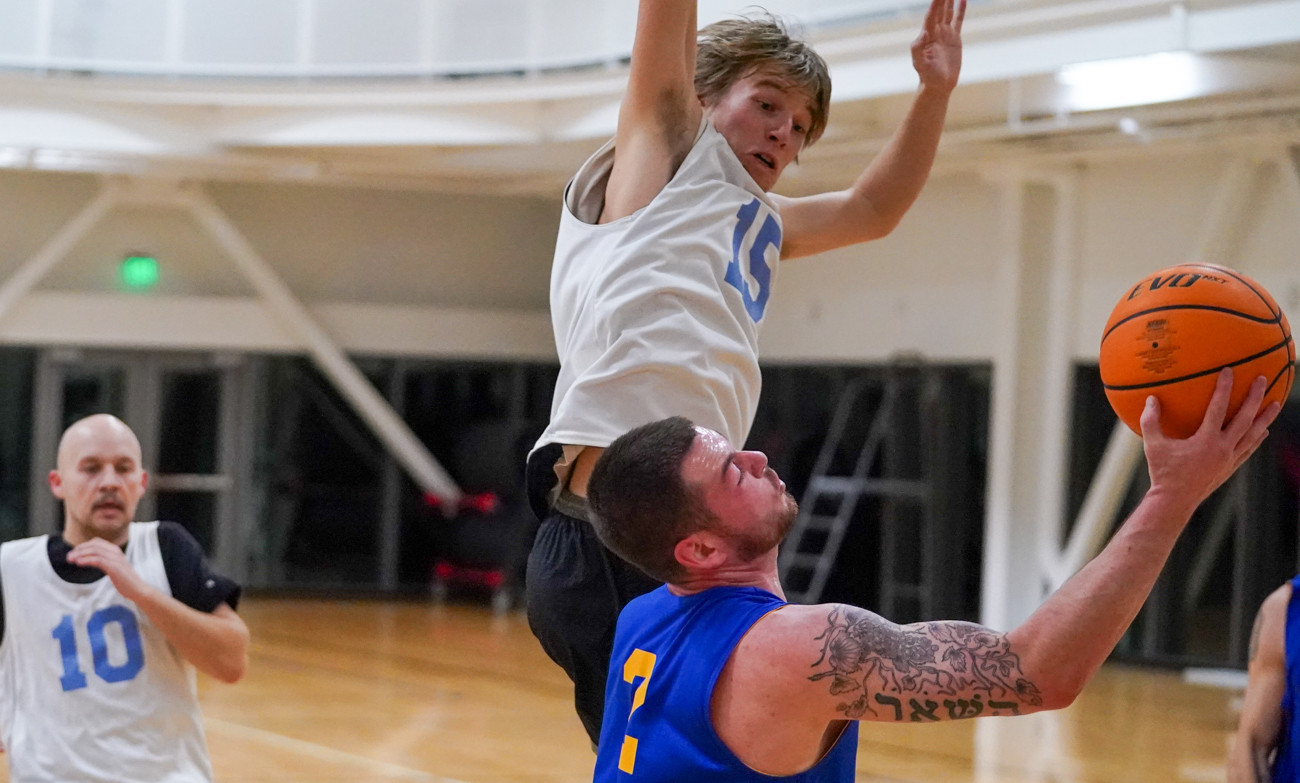 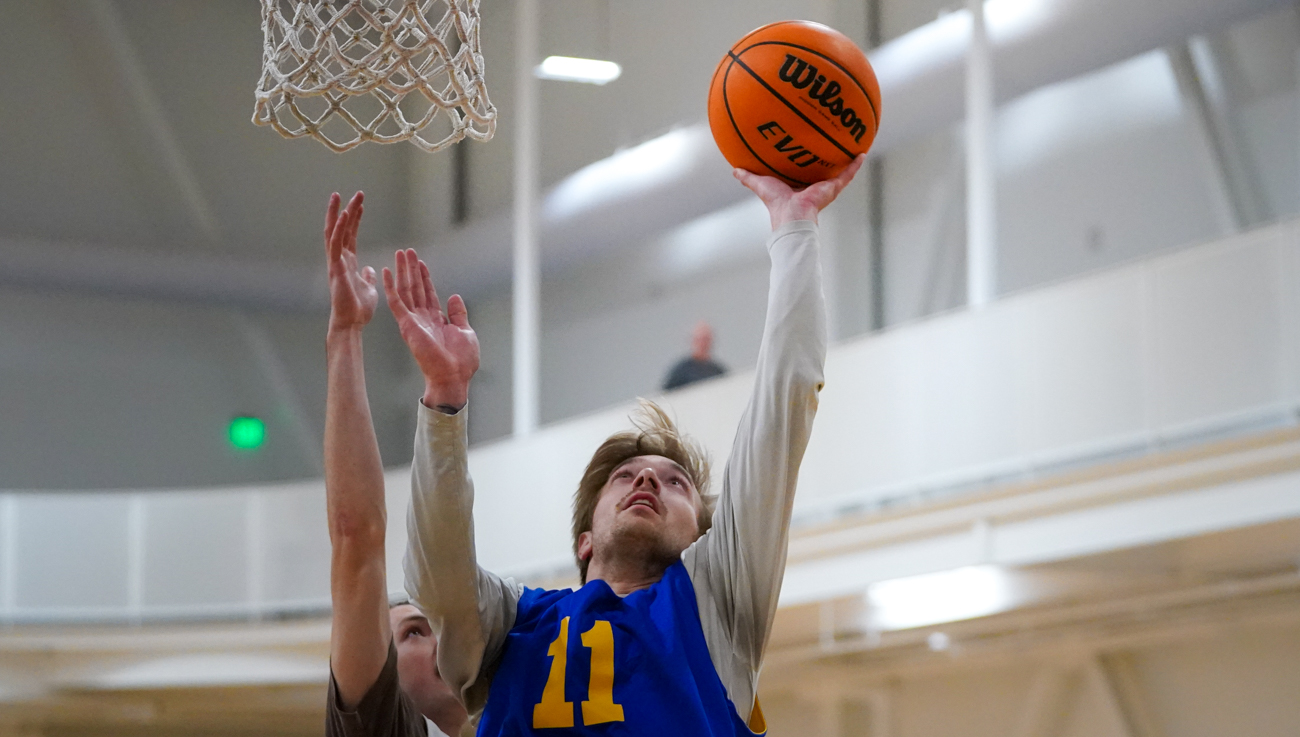 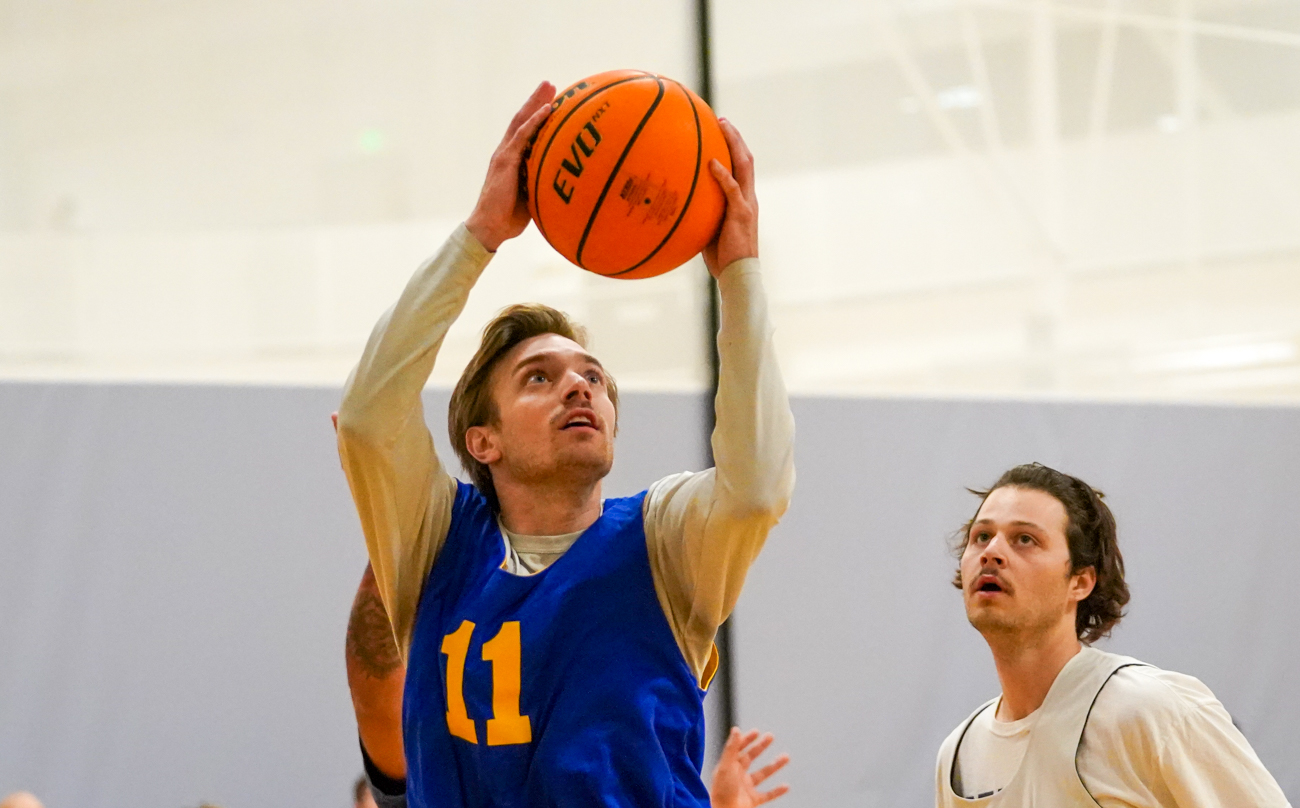